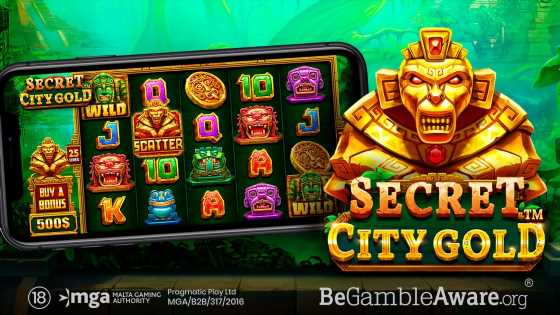 Online gaming content provider Pragmatic Play has released a new Aztec empire-themed slot game called Secret City Gold. The new online game “uncovers the mysteries of the Aztecs” through a journey to their empire, “where patterns hold the key to big wins,” the supplier said of the title's background and story.

Played across 5×4 reels, the slot is home to symbols including monkeys, tigers, snakes and more, which must form matching combinations across the title’s 25 paylines to award a win. These symbols are joined by wilds, which substitute all other symbols in the game except for the scatter symbols, “enabling players to create wins.”

Patterns are also a key mechanic within this release, explains Pragmatic Play, as during any spin there is a chance that a random shape will appear on the reels that mark certain positions in a pattern. All symbols within this shape transform into the same icon and award a win, with a multiplier up to 10x also being attached to the win.