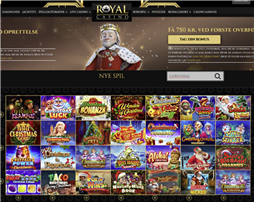 Fish 2: Santa 0! Kevin Dale of Egamingmonitor discusses the global casino charts, this year’s Christmas charts plus the difference between editions and sequels. Starburst finishes the year at the top whilst the likes of Book Of/Legacy Of Dead (Play’n GO), Bonanza (Big Time Gaming), Gonzo’s Quest and the Fruit Shop (NetEnt), Piggy and Dynamite Riches (Red Tiger) plus the 9 Masks/Pots family (Games Global) have all been holding their ground. But there’s no denying it has been another successful year for Pragmatic Play who once again hold around 50% of the top spots at year-end, and half of these are part of the Big Bass family. Their latest release Bigger Bass Blizzard Christmas Catch (Pragmatic Play) and Gold Blitz (Fortune Factory Studios) were the only new entries this month.

Look out for our full review of the world of casino games in 2022, including game production, game performance, market share changes, and of course game feature trends – all to be published end of January on IGB. In the meantime, let’s turn to the much-awaited Christmas charts.

Operators had less than a week to swap out their World Cup games for Christmas crackers. The extra seasonal event was a headache for the studios too, many of which were scrambling to launch tailored games, albeit some repackaged as “Slot ABC: Football Edition” then “Slot ABC: Xmas Edition”.

It probably felt a bit rushed this year but some were up to the task. So, which Christmas slot had the widest distribution? Which studio made the most Christmas titles? Do Xmas ‘editions’ of existing games work as well as brand new Xmas titles and what insights into the life of seasonal titles can we glean this year?

If we were to give our main charts a Christmas overlay, the five groups Pragmatic Play, Evolution Gaming, Play’n GO, Games Global and Inspired Entertainment would dominate the top 20 spots (and Pragmatic actually the top 5…). However, to ensure variety and also in keeping with our Halloween and Christmas leaderboards from last year, we limit our official Christmas charts to the single best performer from each studio.

Games are ranked according to their distribution across the casino pages of more than 2,000 operators. Topping the table this year is the new Christmas Blizzard variation of Big Bass Bonanza and, whilst not appearing on our charts due to the one title rule, last year’s no. 1 Christmas Big Bass Bonanza would have been in second place. But it’s still Fish 2: Santa 0 this year as another fishy sequel from Gameburger Studios reeled in second place.

Focussing just on those titles released this year, our second Christmas chart below shows the best new performers, again limited to one title per studio.

The top two new releases are also those that made the top 2 spots in our main Christmas chart earlier, suggesting that new titles (whilst costing more) do work better than those resurrected from previous years. But the back catalogue still rolls out nicely: two-thirds of all Christmas games in the top 100, for example, were launched before 2022.

Overall, we considered 423 Christmas titles, of which 111 were launched this year. It looks like a bumper festival in fact, compared with the 98 releases in 2021. However, a couple of studios that took a ‘Christmas edition’ approach certainly bumped up those bumper numbers.

The most prolific developer of Christmas slots of all time has been Spinomenal. They not only launch many new seasonal titles each year but also revamp existing games with Christmas (and other seasonal) variations. Games Global is always well represented with their seasonal games sourced from several in-house studios, whilst Playtech, normally fairly prolific, was a bit quiet this year, other than their Cash Truck Xmas Delivery (Quickspin).

Wazdan often likes to release a handful of Christmas editions and they were joined by Fazi for the first time this year, who launched a massive 15 Xmas variations of their portfolio. It’s easy to get a bit snooty about the value of new titles versus Christmas editions of existing games but a few considerations here…

Most of the biggest Christmas titles over the last couple of years have been ‘editions’ in all but name. A Bigger Bass Blizzard Christmas or a Fishin’ Pots of Gold Christmas game is, after all, a very close sequel to an existing title. Regardless of title, players seem to like spruced-up versions of something they’re familiar with and operators are always keen to refresh the seasonal or new sections of their site.

Overall, new editions perform only slightly worse than new titles but, as with many issues relating to game design and distribution, the devil is often in the detail. There are always exceptions and you really need to filter by country, by studio, by operator group, by site, by page type or even by position on page to get the full picture of what works best.

No surprise that a game called Christmas Bonanza by Big Time Gaming performed well and Belatra Games launched the Christmas Jackpot. Reindeer Rampage (Spinomenal) promised a bit more than it delivered but Naughty Nick’s Book (Play’n GO) offered us a taste of ‘Rude Olf’ mischief: clearly a cracker joke challenge has been thrown down to all. Puntastic stuff!

On the deals front, there’s change at the top. Lady Luck Games has sealed two more distribution deals taking it to the busiest studio dealmaker in recent months. Meanwhile, Relax Gaming’s aggregator arm was plugging in yet more content, such as the Air Dice portfolio, meaning that they now share the top spot as the busiest aggregator over the last 6 months.

A belated happy New Year to all and look out for our 2022 casino review in the coming days!

*Please note these are live charts that update every month so please ensure the month of December 2022 is selected in the drop-downs to match the analysis.

**The interactive games chart at the top excludes live games and table games. Game rankings are determined by the number of game appearances on the casino homepages of more than 2,200 casino sites. To access many other charts including game rankings, live and table games, positions on subpages or to filter game performance by game theme, game feature or by operator type, get in touch with our partner, egamingmonitor.com. Egamingmonitor covers 44,000 games, 1,300 suppliers and 2,200+ operators.

***Data on deals by month was collected from April 2020 onwards and the rolling chart reflects current dealmaking performance, i.e. how many deals were signed over the last 6 months. Note that only deals either a) on company websites or b) in the gaming press or c) reported to us by studios and aggregators, are collated. Deals between studios & aggregators (and aggregators & operators) from all time are available via egamingmonitor.com.